Ascendant is a minimalist role playing game based on the Breathless system. In it, one player plays the master of the game while the other participants take the role of agents who work on behalf of the Ascendant group.  Using the technology of the same name, Ascendant agents transport their consciousness into the bodies of different individuals, in order to complete missions of espionage, assassination and sabotage.

The game is set in an early 90's uchronistic universe. The cold war never stopped, and scientific discoveries in the field of neuroscience and transhumanism have made a huge breakthrough.

Ascendant was created with this premise in mind. The missions are short, intense and violent. Everything can be easily replayed, destroyed, modified or even made more complex as you see fit. As a mission unfolds, agents lose control of their host, having to spontaneously change envelopes in order to get the job done. Thematically, the game is directly inspired by the movie ''Possessor'' by Brandon Cronenberg.

A big thank you to René Pier for the design of Breathless, a beautiful, simple and efficient tool. You can find this product at the following address: https://fari-rpgs.itch.io/breathless-srd

This work is based on Breathless, a product of Fari RPGs (https://farirpgs.com/), developed and written by René-Pier Deshaies-Gélinas, and licensed for our use under the Creative Commons Attribution 4.0 License (https:// creativecommons.org/licenses/by/4.0/).

In order to download this game you must purchase it at or above the minimum price of $2 CAD. You will get access to the following files: 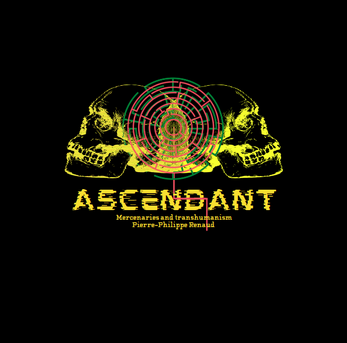 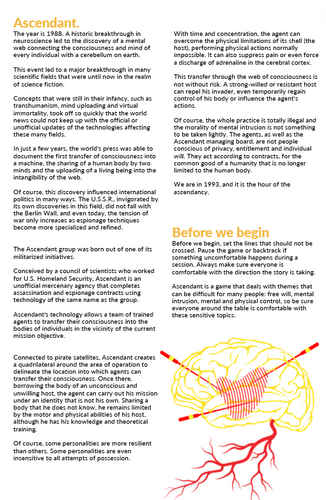